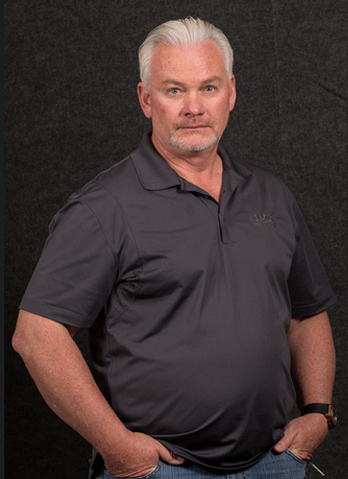 John Kunz, Project Manager for IMS Masonry Inc. John has been in the Architectural Cladding business for thirty five years, few men have had more diverse experiences than John. He started his apprenticeship in 1975 working for a residential contractor doing interior walls, floors, counter tops, exterior walls and planters. In 1979 John became a journeyman; little did he know he was building a foundation for a career that would take him to over forty eight different cities throughout the United States and Canada. John has worked on several of the nation’s most impressive historic projects. He has completed installation of well over three million square feet of natural stone, winning multiple awards with the Marble Institute of America, Including nine Pinnacle awards.

While John was working as a journeyman mason he earned an associate degree in construction engineering from Dean Technical Institute in Pittsburgh Pennsylvania. In 1985 he began working on his first large commercial project as a craftsman. Within two weeks, he was promoted to shop foreman and responsible for plant operations while overseeing the panel production for eighteen months for a 34 story high rise.

John likes to credit a lot of his management skills to a 62 year old Superintendent at Continental Marble and Granite, who urged him to show up for work a half hour early each day so he could teach him the trade.

John took his talents to New England while working for Moliterno Stone and worked his way to San Diego. John found that upon completing each project he was awarded another building that kept taking him west. In 1990 John joined Harmon Contracting in San Diego where he was a foreman that oversaw construction of the city’s tallest building at that time.

In 1992, John moved to Salt Lake City where he worked as a seasoned journeyman setter. Within a few months he was elevated to foreman and in 1998 promoted to General Superintendent. In 2004, he was promoted to Field Operations Manager. Over the past twenty two years in Salt Lake City, John brings a wealth of resources to the field perspective. Some of the projects which John had key role play were Cottonwood Corporate Center, Eccles Egyptian Theater/ Convention Center, Grand America Hotel, Utah’s 24 story hotel, Nauvoo Temple in Nauvoo Illinois, New York City’s 90 west building Renovation and the LDS Temples in Langley B.C. and Calgary Alberta, to name just a few.

John remembers the helping hands he received while growing up in the business and readily shares his knowledge with younger craftsman. This was a major factor in his selection as the Natural Stone “Craftsman of the Year 2012”. John added “I like to give back to the guys today, work with them, give them a chance to grow and give them the opportunity to learn the different aspects between traditional and conventional setting systems”.

In spite of all thirty-five years of experience, perhaps his best quality is his dedication to his wife, Diane, and two children. John’s support of his family is second to none. Through the years he has dedicated his home life to attending hockey tournaments with his son and has supported his daughter for many years showing an Arabian horse both at a regional and national level.